Ready or Not: Protecting the Public’s Health from Diseases, Disasters and Bioterrorism is an annual report measuring states’ level of preparedness to protect the public’s health during an emergency. Based on 10 performance indicators and by tracking public health funding, the report ranks states’ level of preparedness into three performance tiers: high, middle and low.

The report measures states’ performance using 10 indicators that, taken together, provide a checklist of a jurisdiction’s level of preparedness to prevent and respond to threats to its residents’ health during an emergency. The indicators are:

Overall the report found that states’ level of preparedness has improved in key areas, including public health funding, participation in healthcare coalitions and compacts, hospital safety, and seasonal flu vaccination.  However, other key health security measures, including ensuring a safe water supply and access to paid time off, stalled or lost ground.

The increasing number of threats to Americans’ health in 2019, from floods to wildfires to vaping, demonstrate the critical importance of a robust public health system. Being prepared is often the difference between harm or no harm during health emergencies and requires four things: planning, dedicated funding, interagency and jurisdictional cooperation, and a skilled public health workforce.”
John Auerbach, President and CEO of Trust for America’s Health.

Based on TFAH’s policy research and consultation with topic experts, the report includes recommendations for policy actions that the federal government, states and the healthcare sector should take to improve the nation’s ability to protect the public’s health during emergencies and targets seven priority areas: 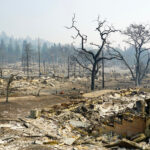 report - Feb 2019 Ready or Not: Protecting the Public’s Health from Diseases, Disasters and Bioterrorism, 2019