There’s been a marked uptick in so-called deaths of despair—those involving drugs, alcohol or suicide—among millennials over the last decade, according to a new report released by public-health groups Trust for America’s Health and Well Being Trust.

Drug, alcohol and suicide deaths have risen in nearly every age group over the last decade, but the increase has been especially pronounced for younger Americans. Between 2007 and 2017, drug-related deaths increased by 108% among adults ages 18 to 34, while alcohol-related deaths increased by 69% and suicides increased by 35%, according to the report, which drew on Centers for Disease Control and Prevention data. All together, about 36,000 millennials died “deaths of despair” in 2017, with fatal drug overdoses being the biggest driver. 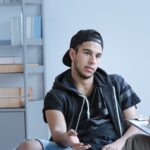