(Washington, DC – March 10, 2022) – As the nation enters its third year of the COVID-19 pandemic, a new report calls for urgent investment to create a public health system able to protect all Americans’ health during emergencies. The report, released today by Trust for America’s Health, measures states’ performance on 10 key emergency preparedness indicators and identifies gaps in states’ readiness to respond to emergencies. The report includes policy recommendations for strengthening the nation’s health security.

This year’s report found that 12 states improved their performance while 16 states slipped in their ranking. All states’ performance is relative to that of other states.

“The major takeaway of this report is that underinvestment in the nation’s public health system, and attacks on its authority, have had deadly consequences during the COVID-19 pandemic. Action and investment are urgently needed. This report’s findings can help federal and state officials identify gaps in public health preparedness and the steps needed to better protect lives and the economy during the next health emergency,” said J. Nadine Gracia, MSCE, President and CEO of Trust for America’s Health.

“Social, economic, and health inequities undermine a community’s ability to prepare for, respond to, and recover from a public health emergency. If we enter the next public health crisis with the same magnitude of health inequities in our communities as has been evident during this pandemic, the impact will be similar: preventable loss of life, disproportionate impact on communities of color and low-income communities, and widespread social and economic disruption.  It is impossible to separate strong public health emergency preparedness and health equity,” said Dr. Gracia.

Trust for America’s Health is a nonprofit, nonpartisan organization that promotes optimal health for every person and community and makes the prevention of illness and injury a national priority.  Twitter: @HealthyAmerica1 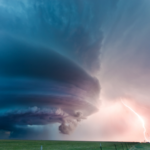 report - Mar 2022 Ready or Not 2022: Protecting the Public’s Health from Diseases, Disasters, and Bioterrorism 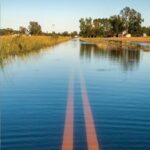 report - Mar 2022 Ready or Not 2021: Protecting the Public’s Health From Diseases, Disasters, and Bioterrorism