The report released Thursday by the Trust for America’s Health and the Robert Wood Johnson Foundation analyzed figures from the Centers for Disease Control and Prevention and found West Virginia had an obesity rate of 37.7 percent. Mississippi was second at 37.3 percent and Alabama and Arkansas were tied for third at 35.7 percent. 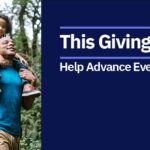