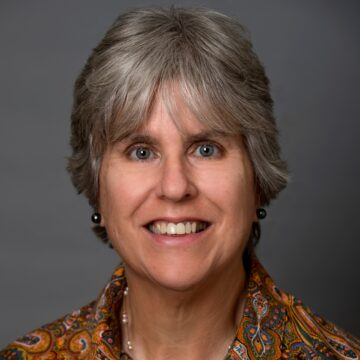 Rhea K. Farberman is the Director of Strategic Communications and Policy Research at TFAH. In that role, she manages TFAH’s reports creation process and executes TFAH’s strategies to communicate its work to policymakers, stakeholder organizations and the news media. Farberman is an experienced communications strategist and manager with specific experience in the health, social science and science sectors. In her most recent position, Farberman served as the Senior Director for Marketing and Communications at the Foundation Fighting Blindness (FFB), a national foundation funding research on inherited blindness. At FFB, Farberman created programs to support the Foundation’s $25 million annual fundraising and grant-making program and educate the public about emerging cures for inherited blindness.

From 1993-2015, Farberman served as the Executive Director for Public and Member Communications at the American Psychological Association. In that position, she directed the association’s public affairs, public education and media relations programs, served as the executive editor of APA’s magazine, The Monitor, and as the Association’s national spokesperson. Her work included communicating about psychological research and the application of that research to health and human welfare. Farberman served as the Director of Public Affairs for the National Council on the Public Service (1992) and the White House Conference on Library and Information Services (1991). She has additionally managed federal public information and education projects, including the 1990 Census media outreach campaign. Farberman is an accredited member of the Public Relations Society of America (PRSA) and served on PRSA’s Healthcare Academy Board of Directors (1995-2000). She is an honors graduate of The American University’s School of Communications and completed graduate studies in publications management at George Washington University.