(Washington, DC – May 24, 2022) – Deaths associated with alcohol, drugs, and suicide took the lives of 186,763 Americans in 2020, a 20 percent one year increase in the combined death rate and the highest number of substance misuse deaths ever recorded for a single year. 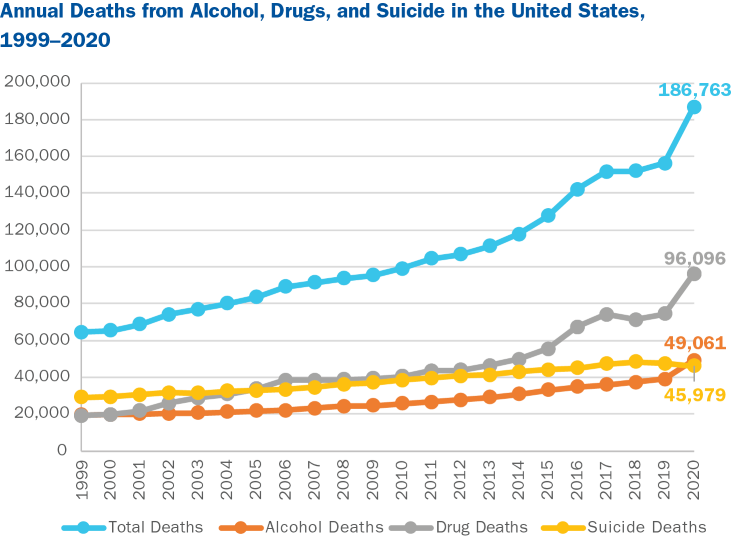 TFAH and Well Being Trust have been reporting alcohol-induced, drug-induced and suicide deaths as part of their Pain in the Nation initiative since 2017.  In the initiative’s inaugural 2017 report, alcohol, drug, and suicide deaths accounted for 55,403 deaths per year, as compared to the 186,763 deaths associated with alcohol, drugs or suicide in this year’s report. According to the report authors and other experts, the stunning increase in alcohol and drug deaths in 2020 was exacerbated by: a continued rise in synthetic opioid and psychostimulant overdoses and the anxiety, stress, grief, disruption to substance misuse recovery programs, and financial hardship many individuals and families experienced during the COVID-19 pandemic.

The report includes recommendations for steps the federal, state, and local governments should take to begin to reverse the deaths of despair crisis.  They include:

Invest in programs that promote health and prevent substance misuse and suicide:

“It is imperative that officials at every level of government act on the recommended policies in this report.  The data are shockingly clear – lives are at risk in every community due to alcohol, drugs, and suicide and communities that experience disadvantage because of long-standing social, economic, and environmental inequities suffer a disproportionate impact. There is an urgent need for action in order to save lives,” said J. Nadine Gracia, M.D., MSCE, President and CEO of the Trust for America’s Health. 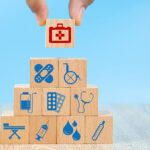