(Washington, DC – September 27, 2022) – State of Obesity 2022: Better Policies for a Healthier America found that four in ten American adults have obesity, and obesity rates continue to climb nationwide and within population groups. These persistent increases in obesity rates underscore that obesity is caused by a combination of factors including societal, biological, genetic, and environmental, which are often beyond personal choice. The report’s authors conclude that addressing the obesity crisis will require attending to the economic and structural factors of where and how people live.

The report, based in part on 2021 data from the Centers for Disease Control and Prevention’s Behavioral Risk Factors Surveillance System, and analysis by TFAH, tracks rates of overweight and obesity by age, race, and state of residence.

A decade ago, no state had an adult obesity rate at or above 35 percent. 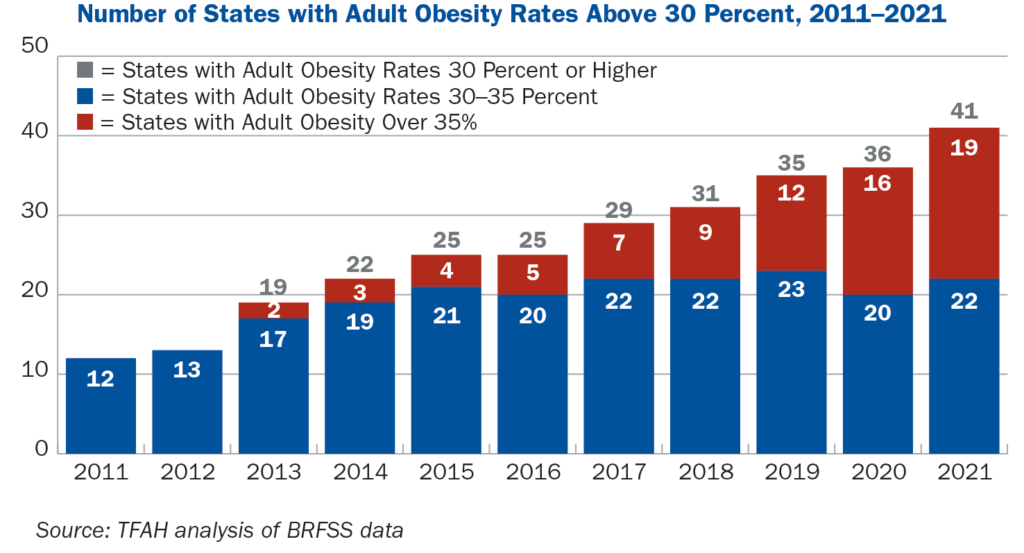 National data from the 2017-2020 National Health and Nutrition Examination Survey also included in the report show the following:

The report, released the day before the 2022 White House Conference on Hunger, Nutrition and Health, helps amplify the importance of focused attention on the obesity issue. Both the conference and the report spotlight the links between hunger, nutrition, and health, and diet-related diseases including obesity. In addition, they are intended to drive policy action to address food insecurity and health disparities, factors often at the root of diet-related health issues.

Obesity is multifactored and involves more than individual behavior

Structural and social determinants are significantly influencing the rates of obesity among adults and youth, according to the report authors.  Factors such as structural racism, discrimination, poverty, food insecurity, housing instability, and lack of access to quality healthcare are key drivers of the differences in obesity rates across racial and ethnic groups. These systemic barriers make it inappropriate to assign blame to individuals with obesity for their weight. The purpose of this report is to analyze conditions in people’s lives which make them more likely to develop obesity and recommend policies to address those conditions.

A special section of the report looks at the relationship between food insecurity and obesity. Food insecurity, defined as being uncertain of having or unable to acquire enough food because of insufficient money or resources, is driven by many of the same social and economic factors that drive obesity including poverty and living in communities with many fast-food establishments but limited or no access to healthy, affordable foods such as available in full-service supermarkets. Being food and nutrition insecure often means families must eat food that costs less but is also high in calories and low in nutritional value.

Addressing obesity is critical because it is associated with a range of diseases including type 2 diabetes, heart disease, stroke, arthritis, sleep apnea, and some cancers. Obesity is estimated to increase U.S. healthcare spending by $170 billion annually (including billions by Medicare and Medicaid).

The report includes recommendations for policy actions that federal, state, and local policymakers and other stakeholders should take including: 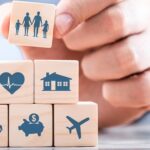