Explore state-level releases on this report by choosing from the drop-down menu below. 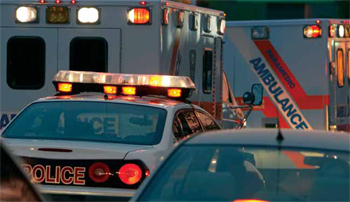 Trust for America’s Health (TFAH) and the Robert Wood Johnson Foundation (RWJF) released the seventh annual Ready or Not? Protecting the Public’s Health from Diseases, Disasters, and Bioterrorism report, which finds that the H1N1 flu outbreak has exposed serious underlying gaps in the nation’s ability to respond to public health emergencies and that the economic crisis is straining an already fragile public health system.

The report contains state-by-state health preparedness scores based on 10 key indicators to assess health emergency preparedness capabilities.  Twenty states scored six or less out of 10 key indicators of public health emergency preparedness.  Nearly two-thirds of states scored seven or less.  Eight states tied for the highest score of nine out of 10: Arkansas, Delaware, New York, North Carolina, North Dakota, Oklahoma, Texas, and Vermont.  Montana had the lowest score at three out of 10.  The preparedness indicators are developed in consultation with leading public health experts based on data from publicly available sources or information provided by public officials.

Overall, the report found that the investments made in pandemic and public health preparedness over the past several years dramatically improved U.S. readiness for the H1N1 outbreak.  But it also found that decades of chronic underfunding meant that many core systems were not at-the-ready.  Some key infrastructure concerns were a lack of real-time coordinated disease surveillance and laboratory testing, outdated vaccine production capabilities, limited hospital surge capacity, and a shrinking public health workforce.  In addition, the report found that more than half of states experienced cuts to their public health funding and federal preparedness funds have been cut by 27 percent since fiscal year (FY) 2005, which puts improvements that have been made since the September 11, 2001 tragedies at risk.

Some key findings from the report include: